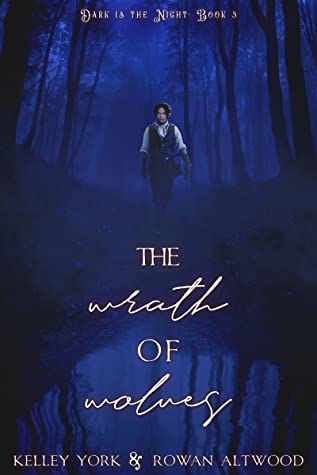 Preston Alexander has wanted to see the world for as long as he can remember. Now, an opportunity has presented itself. A supposedly haunted item needs transporting clear across the Atlantic. James and William can’t take it, so Preston jumps at the chance. He may not know nearly as much about the dead as his friends, but surely it can’t be that difficult. Besides, he won’t be alone: Benjamin will be at his side, and together, they’ve always been able to handle anything.

After abandoning his new job and the strained relationship with his father, and still grieving the loss of his mother, Benjamin Prichard is eager to figure out his place and purpose in life. He isn’t keen on the idea of travelling across the world, but if it means staying with Preston and keeping him out of trouble, he’s willing to give it a go.

But their trip isn’t exactly the holiday they’d hoped for. Not only is their cargo possessed, but it’s also sought after by a mysterious group led by a man with supernatural abilities far beyond what either of them thought humanly possible.