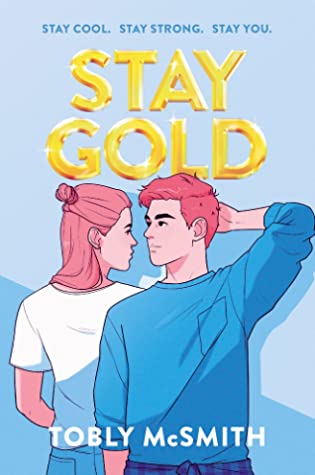 A coming-of-age teen love story about a transgender boy who’s going stealth at his new Texas high school and a cisgender girl who is drawn to him, even as she’s counting down the days until graduation.

Pony just wants to fly under the radar during senior year. Tired from all the attention he got at his old school after coming out as transgender, he’s looking for a fresh start at Hillcrest High. But it’s hard to live your best life when the threat of exposure lurks down every hallway and in every bathroom.

Georgia is beginning to think there’s more to life than cheerleading. She plans on keeping a low profile until graduation…which is why she promised herself that dating was officially a no-go this year.

Then, on the very first day of school, the new guy and the cheerleader lock eyes. How is Pony supposed to stay stealth when he wants to get close to a girl like Georgia? How is Georgia supposed to keep her promise when sparks start flying with a boy like Pony?