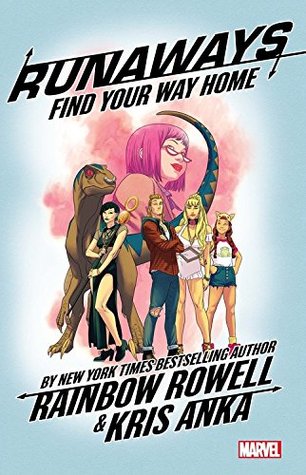 A superhero comic book series featuring a group of teenagers who discover that their parents are part of an evil crime organization. The original series debuted in 2003; in 2018 it was revived with Rainbow Rowell and Kris Anka as the creative team.

The Runaways are a family again! But a family needs a guardian, and the only Runaway who’s got her life together is in middle school. And, even for a kid like Molly who likes her classes, that can be fraught with peril. Meanwhile, there’s a new arrival as the gang welcomes Karolina’s girlfriend – Julie Power of Power Pack! Having an experienced adventurer around will be useful when one of the universe’s most fearsome villains invades the hostel! But do some of the Runaways have mixed feelings about Julie’s arrival? As Molly contemplates a supernatural deal that must have a monkey’s paw-esque downside, one of the team suffers a fate worse than death. Really! And will the Runaways’ greatest foe be…well-meaning outsiders who want to help them?! Your favorite super hero teen drama continues!

Representation: Some characters are in f/f relationships.