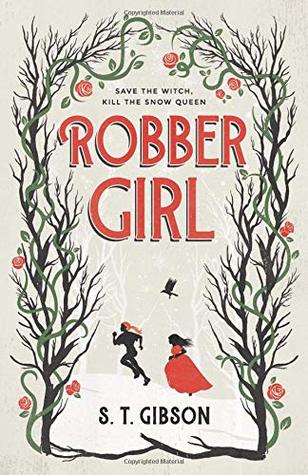 In a Sweden wracked by war and haunted by folk stories so dark they can only be spoken of in whispers, Helvig has been raised by her brigand father to steal whatever treasure catches her eye. When her men ambush a girl on the road with hair pale as death and a raven perched on her shoulder, Helvig cannot resist bringing home a truly unique prize: a genuine witch.

Drawn irresistibly into the other woman’s web, Helvig soon learns of Gerda’s reason for walking the icy border roads alone: to find the Queen who lives at the top of the world and kill her. Anyone else would be smart enough not to believe a children’s story, but Helvig is plagued by enchantments of her own, and she struggles to guard the sins of her past while growing closer to Gerda.

As Christmastide gives way to the thin-veiled days when ghosts are at their most vengeful, the two women find themselves on a journey through forest and Samiland to a final confrontation that will either redeem them or destroy them entirely.