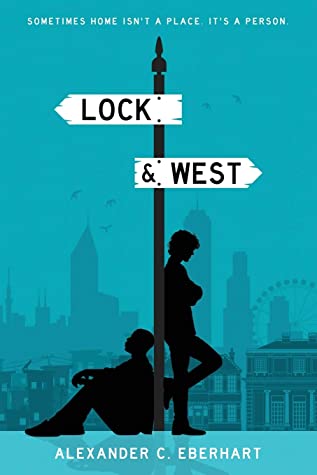 Lock is awkward. He can’t make eye contact, counts when he’s nervous and has to remind himself several times a day how ‘normal’ teens behave. Homeschooled most of his life, he’s resigned himself to a friendless existence at his new Atlanta high school. Until he meets West.

West has everything. Looks. Talent. Money. And secrets… so many secrets. Beneath the surface of West’s perfect existence is a pain he’s buried so deep a million therapists couldn’t unearth it and he’s determined to keep it that way. He’s an actor. He can act normal. But then there’s Lock.

They don’t fit. Their lives are equal but opposite disasters and the universe just keeps throwing obstacles in their path. Every time they are together they find it harder to say goodbye, harder to keep their secrets, harder not to lean on each other. But for this relationship to have a fighting chance, the two must stop trying to re-write the past and start figuring out how to build a future… together.