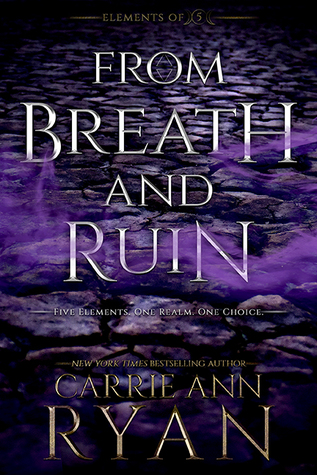 It is said the Spirit Priestess will one day unite the two Kingdoms of the Maison Realm. She will one day fight alongside Wielders and unlock the five elements of power.

It wasn’t until I nearly died that I realized they were talking about me. They tell me I have the power to save the world, and yet the war raging around me seems insurmountable. I must rely on those I thought shunned me long ago: a boy who isn’t who I thought, and a new realm of warriors who have come to protect me.

The darkness is coming, and the Queen of Obscurité wants to ensure that the King of Lumière can’t get his hands on me. And to make that happen, the Queen will sacrifice anything—including me.