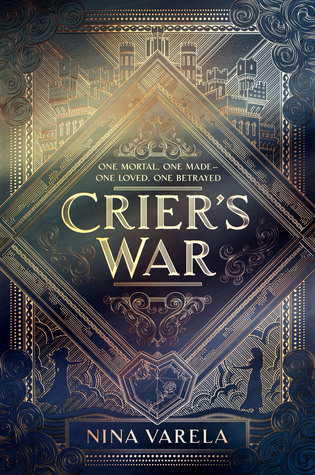 After the War of Kinds ravaged the kingdom of Rabu, the Automae, Designed to be the playthings of royals, took over the estates of their owners and bent the human race to their will.

Now, Ayla, a human servant rising the ranks at the House of the Sovereign, dreams of avenging the death of her family by killing the Sovereign’s daughter, Lady Crier. Crier, who was Made to be beautiful, to be flawless. And to take over the work of her father.