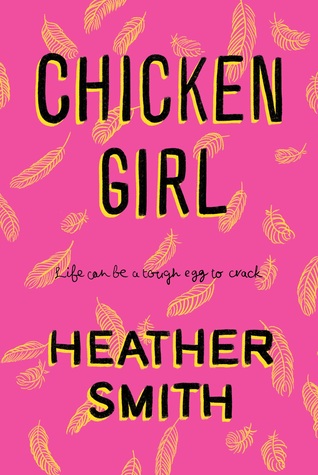 Poppy used to be an optimist. But after a photo of her dressed as Rosie the Riveter is mocked online, she’s having trouble seeing the good in the world. As a result, Poppy trades her beloved vintage clothes for a feathered chicken costume and accepts a job as an anonymous sign waver outside a restaurant. There, Poppy meets six-year-old girl Miracle, who helps Poppy see beyond her own pain, opening her eyes to the people around her: Cam, her twin brother, who is adjusting to life as an openly gay teen; Buck, a charming photographer with a cute British accent and a not-so-cute mean-streak; and Lewis a teen caring for an ailing parent, while struggling to reach the final stages of his gender transition. As the summer unfolds, Poppy stops glorifying the past and starts focusing on the present. But just as she comes to terms with the fact that there is good and bad in everyone, she is tested by a deep betrayal.

Representation: gay and trans side characters.