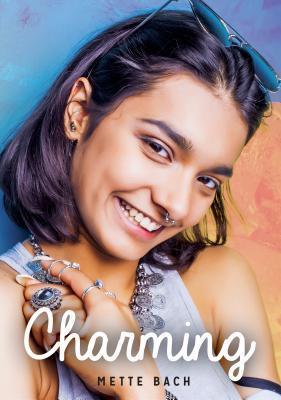 Seventeen-year-old Char has studied music, but didn’t think of it as a future until she posted a video of herself singing and it went viral. So now, instead of going to queer youth events or taking part in the Gay Lesbian Alliance, Char spends her time figuring out how to get enough online fame to fuel a singing career. When one of her videos is bombarded with vicious online comments she is pleased to find an app that offers support and encouragement to people who are being bullied online.

Using the handle Charming, Char gets to know the creator and moderator of the app, who calls herself Cinders. Cinders inspires Char to reconsider her obsession with having the ideal online presence and concentrate on who she really is. But when Cinders turns out to be Ash, a shy girl who goes to the same school, Char must find a way to show Ash how much she means to her.