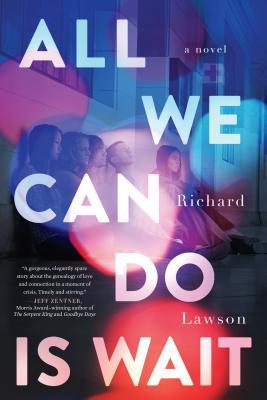 After a bridge collapse rocks their city of Boston, four teens gather in a hospital waiting room and anxiously await any news about their loved ones.

In the hours after a bridge collapse rocks their city, a group of Boston teenagers meet in the waiting room of Massachusetts General Hospital:

Siblings Jason and Alexa have already experienced enough grief for a lifetime, so in this moment of confusion and despair, Alexa hopes that she can look to her brother for support. But a secret Jason has been keeping from his sister threatens to tear the siblings apart…right when they need each other most.

Scott is waiting to hear about his girlfriend, Aimee, who was on a bus with her theater group when the bridge went down. Their relationship has been rocky, but Scott knows that if he can just see Aimee one more time, if she can just make it through this ordeal and he can tell her he loves her, everything will be all right.

And then there’s Skyler, whose sister Kate—the sister who is more like a mother, the sister who is basically Skyler’s everything—was crossing the bridge when it collapsed. As the minutes tick by without a word from the hospital staff, Skyler is left to wonder how she can possibly move through life without the one person who makes her feel strong when she’s at her weakest.

In his riveting, achingly beautiful debut, Richard Lawson guides readers through an emotional and life-changing night as these teens are forced to face the reality of their pasts…and the prospect of very different futures.