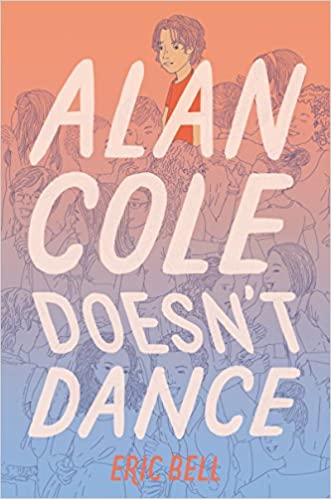 In this follow-up to Alan Cole Is Not a Coward, Alan Cole has a bully problem, but he can’t tell his parents because they still don’t know the truth about him.

To heartwarming cheer, Alan Cole came out to his school. But now what?

In this follow-up novel to Alan Cole Is Not a Coward, Eric Bell deftly explores with nuance and humor how the first step to complete self-acceptance may mean actually putting your feet on the dance floor. This laugh-out-loud and poignant tale is perfect for fans of Gary Schmidt and Jerry Spinelli.

Alan Cole has a problem: Ron McCaughlin. Ever since Alan revealed he’s gay, Ron has been bullying Alan with relentless fury. Alan can’t tell his parents why he’s really coming home with bruises—because they still don’t know the truth about him.

Yet buoyed by the support of his classmates and with his friends Zack and Madison by his side, Alan thinks he can withstand the bullying and—just maybe—break through to Ron.

But all things come to a head when Alan’s father asks that he take June Harrison to the upcoming Winter Dance. Never mind that Alan has two left feet, does not like girls, and might be developing feelings for a new boy at school.

This resounding tale about friendship, family, and the many meanings of bravery will leave readers rooting for Alan and his gang of proud misfits once more.