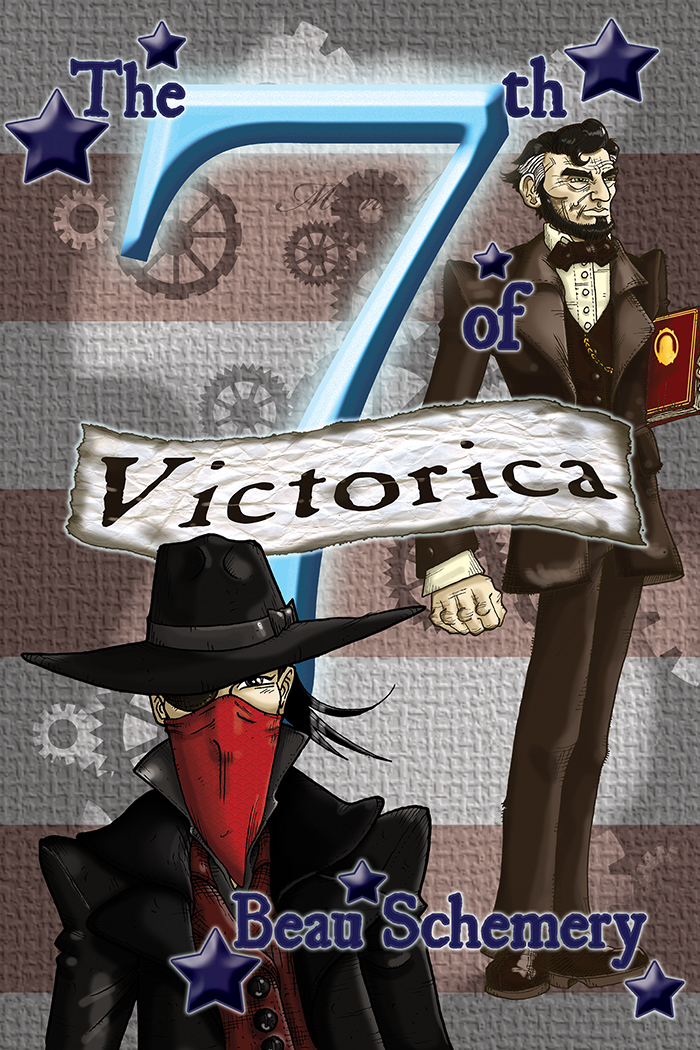 In this sequel to The 7th of London, problems have begun growing in Victorica, formerly the free states of America. With government corruption running rampant and slavery becoming epidemic, rumors are flying about the Confederacy of the South building an army and threatening war. Still haunted by the memory of his old enemy, Seven and his lover, Silas Kettlebent, are sent to investigate the growing corruption of the South, but they find that the problem runs deeper than they could have possibly imagined.

After freeing Queen Victoria from the evil plans of the wizard Fairgate and reuniting London once again, Seven, still contending with the ghost of a previous enemy, is called on to turn his unique brand of problem solving to the colony across the pond, Victorica. The former free states of America have a cancer growing within: slavery, perpetrated and protected by the Confederacy of the South. A wealthy group of southern landowners and businessmen have seized power in Victorica, and rumors are flying about assembling an army and threatening war.

When Seven and his lover, Silas Kettlebent, are sent to investigate, they find the cancer runs deeper than anticipated and may be even more malignant than they’d first thought. With a ragtag team of slaves, criminals, politicians, and Abraham Lincoln, Sev and Silas must find a way to avert a civil war and, as far as Sev is concerned, free the colonies and citizens of Victorica as well.

But Sev’s indiscriminate use of magic he doesn’t quite understand has awakened another’s ire and stoked a thirst for revenge over the events in London.