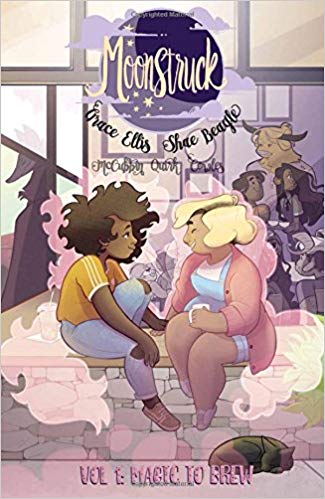 Julie is shy and just wants to enjoy a date with her new girlfriend Selena. When a magician casts a horrifying spell on their friend Chet they team up with the rest of their magical community to stop the magician before he can steal more magic. Oh, Julie and Selena are also werewolves, but that doesn’t define them.

Werewolf barista Julie and her new girlfriend go on a date to a close-up magic show, but all heck breaks loose when the magician casts a horrible spell on their friend Chet. Now it’s up to the team of mythical pals to stop the illicit illusionist before it’s too late.

Race/Ethnicity:
Black: Selena, Cassandra
Puerto Rican: Julie
Chet is a character of color and a centaur.