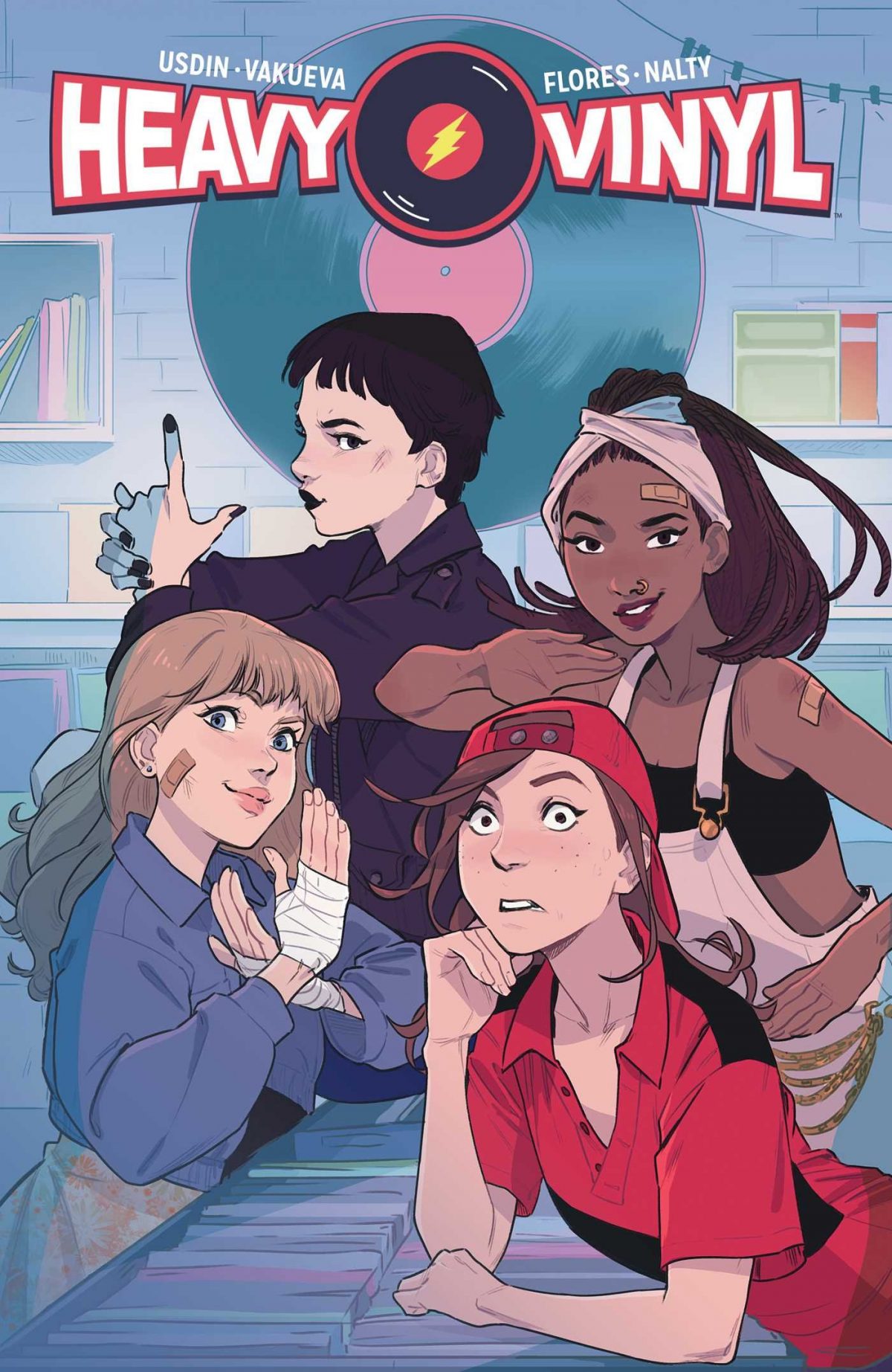 Chris just wants to feel like she fits in at her new dream job, working at Vinyl Mayhem records, she also wouldn’t mind catching the eye of her co-worker Maggie. When the front woman of the shops favorite band goes missing right before her gig at the store, Chris learns that there is something very suspicious going on at the store after hours. And she just got invited to join.

Starry-eyed Chris has just started the dream job every outcast kid in town wants: working at Vinyl Mayhem. It’s as rad as she imagined; her boss is BOSS, her co-workers spend their time arguing over music, pushing against the patriarchy, and endlessly trying to form a band. When Rosie Riot, the staff’s favorite singer, mysteriously vanishes the night before her band’s show, Chris discovers her co-workers are doing more than just sorting vinyl . . . Her local indie record store is also a front for a teen girl vigilante fight club!