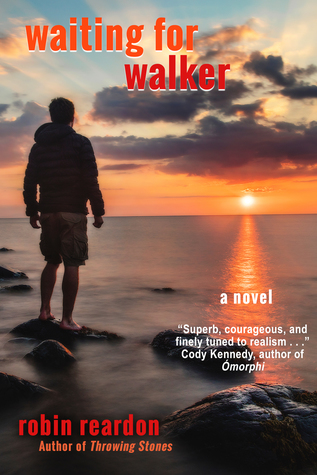 The only good thing in young Micah Jaeger’s life is the camera his dad gave him before his folks split. He hides that he’s gay, and he’s ashamed that his mother consults a medium to talk to her older son, killed in Afghanistan. Then the gorgeous Walker Donnell sails into Micah’s life in his beautiful sailboat, and things are wonderful. That is, until Walker reveals his secret: He’s intersex.

Micah Jaeger’s life is a mess. His folks have split, and his mother is seeing a medium to communicate with Micah’s older brother, killed in Afghanistan. He had to change schools for his junior year, and he retreats further into himself, hiding behind his camera—and hiding that he’s gay.

One sunny day in June, as he’s shooting a dead seagull on the shore of Long Island Sound, a mysterious guy appears in a beautiful sailboat. At first, the guy’s boat shoes are the image that stays with Micah. But soon it’s the person himself, Walker Donnell, who haunts Micah’s dreams.

Walker’s life looks perfect to Micah. His wealthy parents adore him. He has everything he could want. He’s gorgeous and generous. And he falls hard for Micah. But he has a secret: Walker is intersex.

The closer Walker and Micah grow, the more Walker feels the need to be sure of himself in ways he hasn’t fully faced before, and now it’s his turn to retreat. Micah knows Walker is worth waiting for, so he waits. And waits.