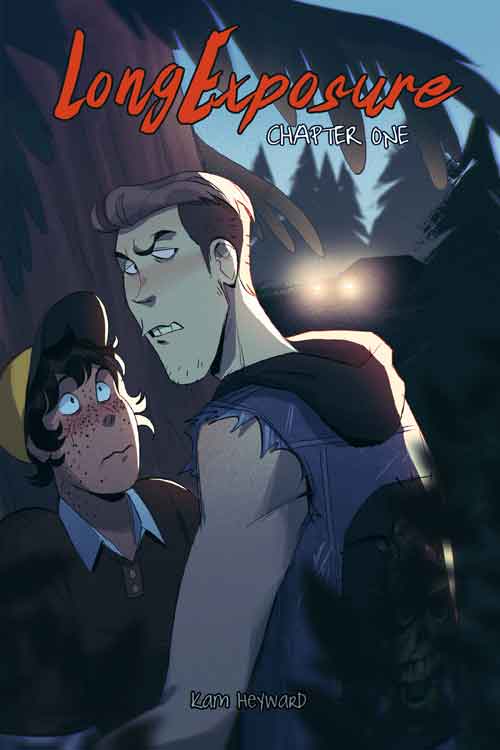 Infamous bully Mitch Mueller has returned to Seawell after two years and his favorite target Jonas Wagner is terrified. Forced to work on a science project together they end up coming across a strange research facility in the woods. They gain superpowers and the attention of a shadowy organization. In their attempts to keep themselves and each other safe, they begin to understand one another and become friends, and maybe more.

Long Exposure is an ongoing webcomic about nerd Jonas Wagner and bully Mitch Mueller being forced to work on a high school science project together and encountering a strange research site in the woods.

The story revolves around them developing super powers after an incident at a strange research center. Facing childhood trauma, abusive parents, being followed by a mysterious car, and developing superpowers together, they slowly grow closer and eventually realize they like each other a lot more than friends

Race/Ethnicity:
White: Mitch,
Jonas and Sydney are adopted and do not know they full ethnicity only that it is partly Middle Eastern.

Additional Notes: Bullying is not romanticized. Jonas is plus sized.

Ownvoices: Author and Illustrator is queer and a person of color.