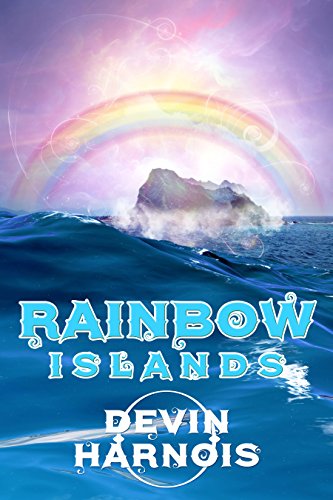 In this fiercely joyful and defiant queer fantasy, Jason finds a world of freedom and acceptance after been exiled from an oppressive society. In the Rainbow Islands, he can finally be the boy he was meant to be, with friends and mentors to help him along the way. But this paradise is threatened with a looming war and Jason will need to fight to keep his new home safe.

In the Christian Republic, homosexual people are given two choices—a camp to “fix” them, or exile to the distant islands populated by lesbians and gay men.

Sixteen-year-old Jason chooses exile and expects a hardscrabble life but instead finds a thriving, supportive community. While exploring his identity as a transgender boy he also discovers adventure: kraken attacks, naval battles, a flying island built by asexual people, and a daring escape involving glow-in-the-dark paint. He also has a desperate crush on Sky, a spirited buccaneer girl, but fear keeps him from expressing his feelings.

When Jason and his companions discover the Republicans are planning a war of extermination, they rally the people of the Rainbow Islands to fight back.

Shy, bookish Jason will have to find his inner courage or everything and everyone he loves will be lost forever.

Other notes:  Read an interview with the author about the creation of this book.