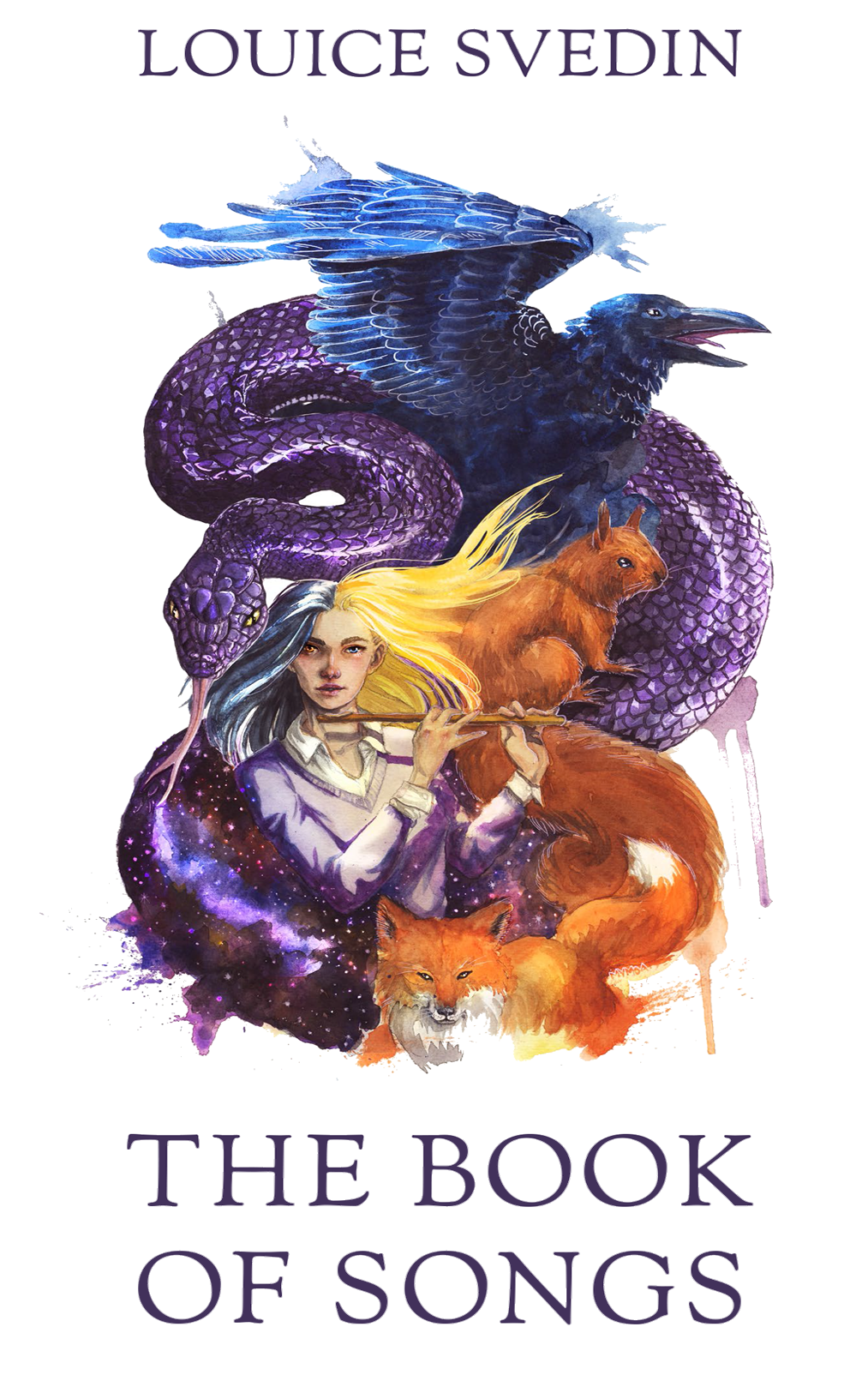 Anne has led a privileged life: she is a weaver, a magic user, in a world ruled by the extraordinary. Yet one day it all changes. She is deemed too powerful by the aristocracy and is sent to a monastery for life. To avoid this fate she embarks on a journey, driven by a prophecy she doesn’t want to fulfill. But will she have any choice in the end?
Publisher’s Description:

The Book of Songs is a story about friendship and sacrifice, and how who we are often is shaped by those we meet.
Anne is one of the strongest weavers in her school, second only to the snake-like principal who runs it. Orphaned at a young age when both her parents were murdered, her only true companion is the fox spirit Samuel.
But strength is a double-edged sword. When Anne is forcefully relocated to the monastery Nevira, she decides to run away, no matter what. Her journey is guided by a dreadful prophecy which foretells the end of the world. And she’s the one who is supposed to make it come true.