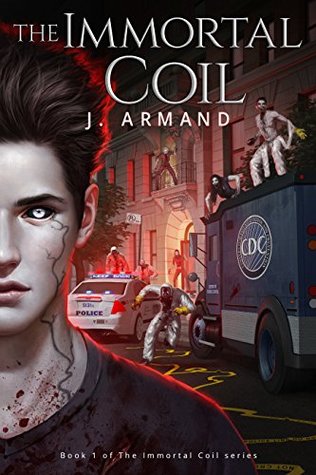 Some might think that having supernatural abilities would make you feel powerful, but Dorian has been hiding who he is since the day he realized he was different. Growing up gay had already conditioned him to isolate himself and now he feels more alone than ever. After moving to New York City hoping to get lost in the sea of diversity Dorian is soon confronted by the fact that his inner demons are what might just save him and the world from an otherwise impossible threat. Join him on the first steps of unforgiving journey of self-discovery as he meets friends he never thought he’d have, and overcomes enemies he never imagined could exist in his worst nightmares.

Dorian Benoit is about to learn a history lesson not taught in any textbook.

The blood-soaked reign of man may be a fascinating tale of triumph and tragedy, but hardly an original one. Since the beginning, humanity has been locked in a never-ending cycle of destruction and rebirth. Wars are fought and civilizations crumble only to be reborn and start anew. Names and faces may change with each cycle, but the game remains the same.

Humans are not the only players on the board, however. Sinister forces watch from the sidelines waiting for every opportunity to manipulate the fate of mankind for their own benefit. These immortal beings have purged the knowledge of their existence from our archives and stricken the true past from the record books to shroud the world in ignorance so that they may gain every possible advantage over the hapless cattle they seek to control.

Now, with the modern era coming to a close, it is time for the immortals to make their move once more. And for some, their plans include young Dorian, whether he likes it or not.

Gender:
Cis girls: Aurelia, Vivian, (many others)
Cis boys: Dorian, Lyle, (and many others)

Romantic Orientation:
Not addressed in this text.