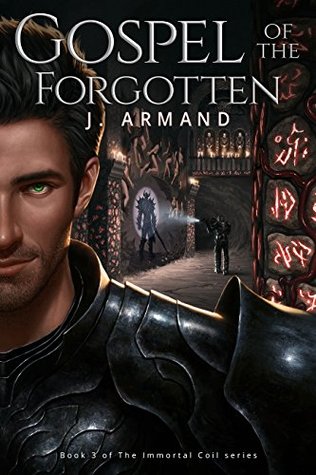 While Dorian’s relationship with Gianluca is heating up, war and hate have been spreading through the human world like a maddening disease. It falls upon Dorian and allies both new and old to uncover the source of this chaos and excise it before mankind plunges itself into extinction. The more secrets that are revealed, Dorian finds himself questioning the intent of some of his closest companions and even his own choices in life.

Having championed an ancient darkness and brought calm to the Far East, Dorian Benoit is enjoying peace at last. Life has not been easy for the young hero, and serenity is an increasingly rare commodity for those of his kind.

Supernatural beings often lead a tumultuous existence, but their human counterparts could argue the same. Mortals live such fleeting lives, which are filled with violence, turmoil, and adversity. Each new generation has its own share of issues, and none of them are unique. History repeats itself—this much we know—but why is the most intelligent species on Earth so slow to learn from its past?

Dorian’s days may soon be over, as the world around him begins to ignite in an inferno of hatred. Human terror campaigns run rampant, claiming large swaths of victims across the globe and threatening even the mightiest supernaturals. With the fire in Dorian’s heart only recently rekindled by the promise of peace, will he be able to extinguish the rising hostilities before they raze all he loves to the ground? Or will he, too, be swept up in the madness?