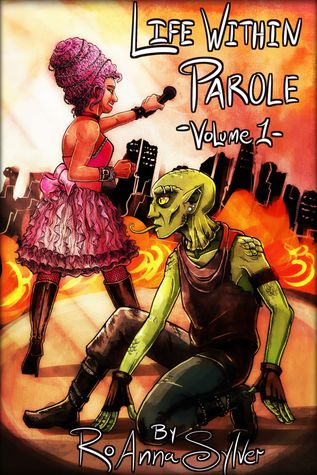 Seven short stories set in the Chameleon Moon universe, bridging the gap between Book 1 and The Lifeline Signal.
Publisher’s Description:

Living in a city whose population has been quarantined and imprisoned over an eternally burning lake of fire isn’t what most people would call a ‘normal life.’ Then there are the superhuman abilities. Thousands of people with wings, scales, telepathy, sonic blasts – ‘normal’ seems long gone. But life goes on. Eventually, everyone discovers that life within Parole is just as real, meaningful, fun, frightening, mundane, and survivable, as any other. Sometimes it’s just a little more intense.
This collection of seven short stories from the universe of Chameleon Moon gives readers a look at everyday life in Parole, and the colorful, memorable, and thoroughly human characters who call it home.