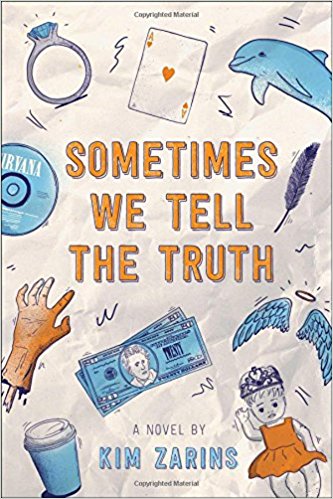 On an all-day bus ride to Washington DC, a group of high-school seniors compete to tell the best story for an A in their civics class, during which time some of their stories hit on truths they’ve kept hidden.

In this contemporary retelling of The Canterbury Tales, a group of teens on a bus ride to Washington, DC, each tell a story—some fantastical, some realistic, some downright scandalous—in pursuit of the ultimate prize: a perfect score.

Jeff boards the bus for the Civics class trip to Washington, DC, with a few things on his mind:
-Six hours trapped with his classmates sounds like a disaster waiting to happen.
-He somehow ended up sitting next to his ex-best friend, who he hasn’t spoken to in years.
-He still feels guilty for the major part he played in pranking his teacher, and the trip’s chaperone, Mr. Bailey.
-And his best friend Cannon, never one to be trusted and banned from the trip, has something “big” planned for DC.

But Mr. Bailey has an idea to keep everyone in line: each person on the bus is going to have the chance to tell a story. It can be fact or fiction, realistic or fantastical, dark or funny or sad. It doesn’t matter. Each person gets a story, and whoever tells the best one will get an automatic A in the class.

But in the middle of all the storytelling, with secrets and confessions coming out, Jeff only has one thing on his mind—can he live up to the super successful story published in the school newspaper weeks ago that convinced everyone that he was someone smart, someone special, and someone with something to say.

In her debut novel, Kim Zarins breathes new life into Chaucer’s The Canterbury Tales in a fresh and contemporary retelling that explores the dark realities of high school, and the subtle moments that bring us all together.

Gender:
Cis boys: Jeff
Intersex: Pard (this is revealed later in the book, so a bit of a spoiler, as is the implication he was assigned female at birth)