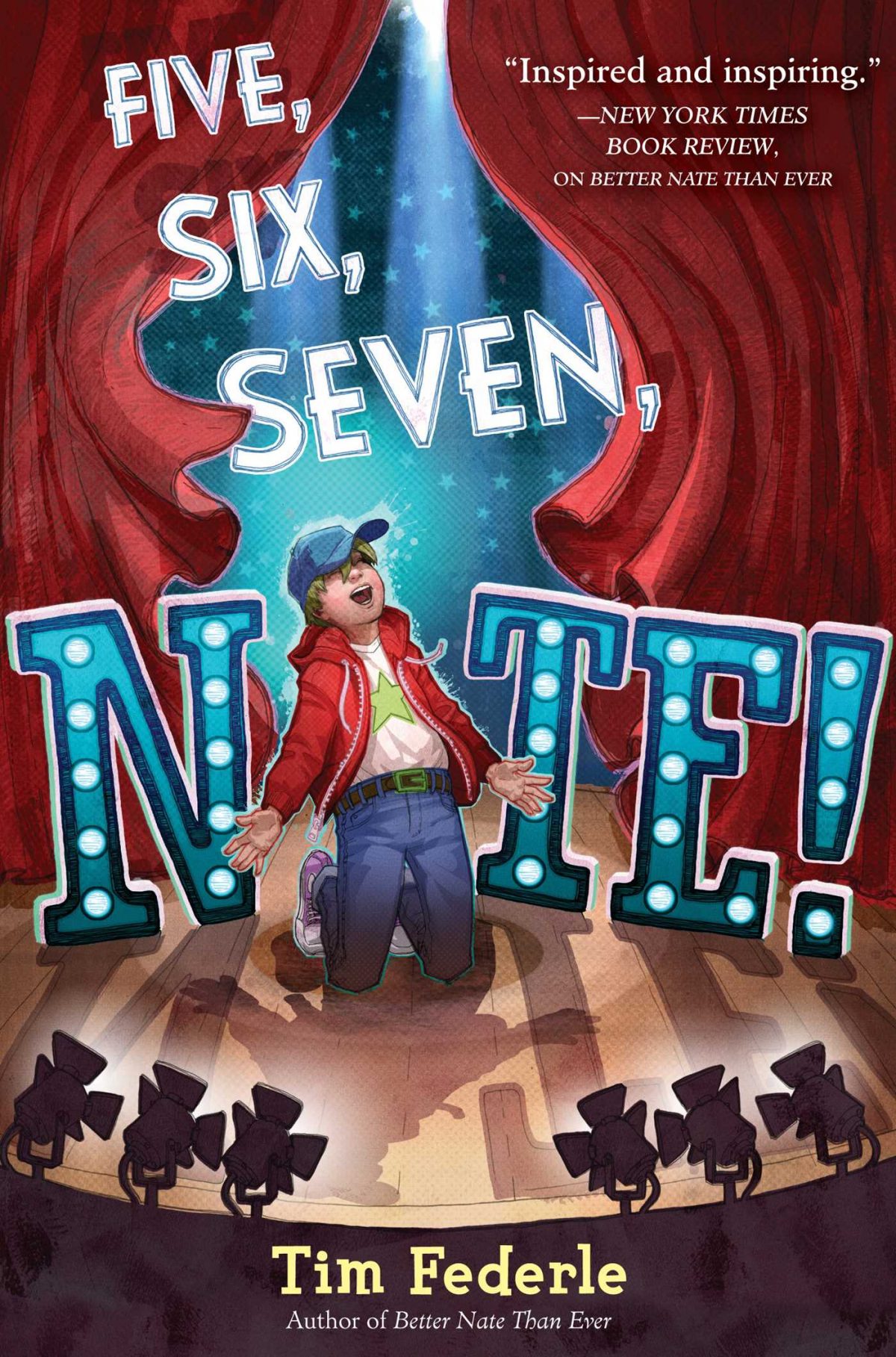 Armed with a one-way ticket to New York City, small-town theater geek Nate is off to start rehearsals for E.T.: The Broadway Musical. It’s everything he ever practiced his autograph for! But as thrilling as Broadway is, rehearsals are nothing like Nate expects: full of intimidating child stars, cut-throat understudies, and a director who can’t even remember Nate’s name.

Now, as the countdown to opening night is starting to feel more like a time bomb, Nate is going to need more than his lucky rabbit’s foot if he ever wants to see his name in lights. He may even need a showbiz miracle.

Other notes: A character uses a slur to refer to Nate.  The sequel to Better Nate Than Ever.