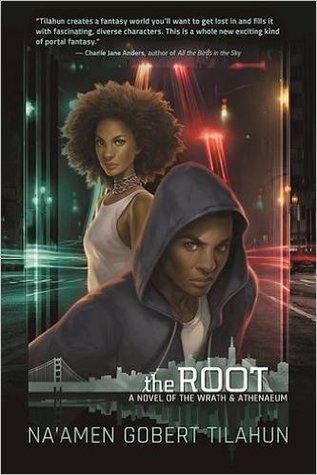 Alternating between San Francisco and the mirror city Zebub, The Root follows a cast of queer and trans characters of color as they grapple with newly discovered godly heritage, scandal, government agencies and magic.

When a secret government agency trying to enslave you isn’t the biggest problem you’re facing, you’re in trouble.

Erik, a former teen star living in San Francisco, thought his life was complicated; having his ex-boyfriend in jail because of the scandal that destroyed his career seemed overwhelming. Then Erik learned he was Blooded: descended from the Gods.

Struggling with a power he doesn’t understand and can barely control, Erik discovers that a secret government agency is selling off Blooded like lab rats to a rival branch of preternatural beings in ’Zebub—San Francisco’s mirror city in an alternate dimension.

Lil, a timid apprentice in ’Zebub, is searching for answers to her parents’ sudden and mysterious deaths. Surrounded by those who wish her harm and view her as a lesser being, Lil delves into a forgotten history that those in power will go to dangerous lengths to keep buried.

What neither Erik nor Lil realize is that a darkness is coming, something none have faced in living memory. It eats. It hunts. And it knows them.

Other notes:  There are a large number of characters in this book and most of them are Queer and PoC.  There is a trans character and a character who uses gender neutral pronouns.