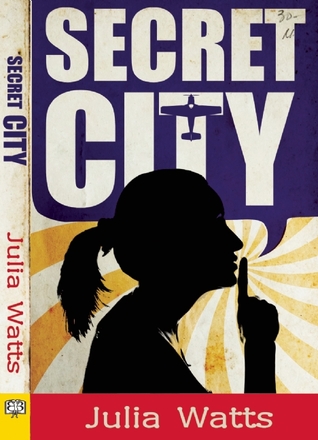 During World War II, sixteen year old Ruby Pickett’s family moves to Tennessee so her dad can work at Oak Ridge. Ruby bonds with Iris, a young wife and mother whose husband is a scientist.

Ruby Pickett didn’t have any say about the family move to Tennessee. Her daddy’s new job will help the war effort, though no one has told her exactly how. Brand new, government-built Oak Ridge quickly proves a curious and intriguing place for the sixteen-year-old’s rampant curiosity.

A voracious reader, Ruby wonders at mysteries in books and sees possible mysteries in the secrecy that surrounds Oak Ridge. She finds a kindred spirit in Iris, a young wife and mother who has moved to Oak Ridge with her scientist husband, and who chafes at the intellectual emptiness of her new home and life.

Faraway events don’t seem likely to answer any of Ruby’s questions, but as the war grows more destructive Ruby begins to realize that her curiosity—like her deepening feelings for Iris—may be more dangerous than she could possibly imagine.