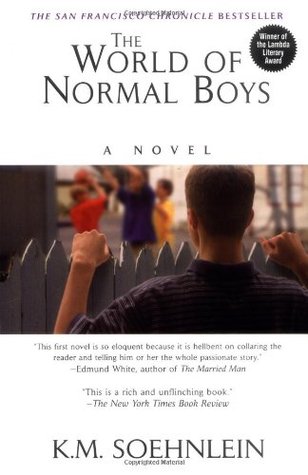 Set in the late 1970s, this is the coming-of-age story of Robin MacKenzie, whose middle class, suburban family is thrown into chaos after a devastating accident. Robin’s younger sister turns to religion, while Robin becomes friends with two outcasts and discovers his sexuality.

Late 1970s New Jersey is the backdrop for this gay coming-of-age novel. As he starts his freshman year in high school in the fall of 1978, 13-year-old Robin MacKenzie is baffled by “”normal boys”” and men. Why, he wonders, do his salesman father, Clark, and his younger brother, Jackson, his crude uncle Stan and his oafish cousin Larry insult and torment other people, like Robin’s 7th-grade sister Ruby, his chronically dissatisfied mother, Dorothy, and his new “”burnout”” friend, Scott Schatz? Robin already feels different because he has a collection of Broadway cast albums and helps his mother “”accessorize”” her clothing. Now the gulf between him and “”normal”” boys is widening: he is beginning to fantasize sexually not about girls but about other boys.

Trigger Warnings:
Death of Robin’s little brother which he blames on himself.