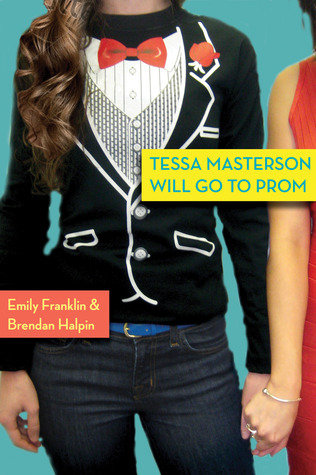 Lucas and Tessa have been friends all their lives. When Tessa turns down Lucas’ prom-proposal with the news that she is a Lesbian and plans to take her female crush to the prom while wearing a tuxedo, Lucas responds badly by outing her to the entire town. The conservative town attacks Tessa and cancels prom. The story is told from Lucas’ point of view and focuses on his feelings.

Lucas and Tessa have always had a close friendship. So it’s no surprise when Lucas finally realizes his true feeling for Tessa and he asks her to Prom. What no one expected, especially Lucas, was for Tessa to come out as a lesbian-or for Tessa’s decision to wear a tuxedo and escort her female crush to Prom, to spark a firestorm of controversy. Humiliated and confused, Lucas must decide if he should stand on the sidelines or if he should stand by his friend to make sure that Tessa Masterson will go to Prom.