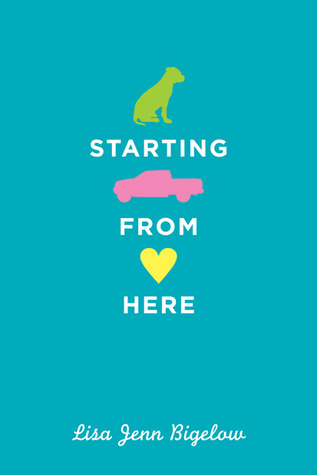 Sixteen-year-old Colby Bingham has a lot to be unhappy about: her mother died of cancer, her girlfriend broke up with her, her father works as a truck driver and is never around, and her grades are sinking rapidly. After accidentally adopting a stray dog, things start turning around with a new romance, friendship with the vet, and rebuilding relationships.

Sixteen-year-old Colby Bingham’s heart has been broken too many times. Her mother has been dead for almost two years, her truck driver father is always away, her almost girlfriend just dumped her for a guy, and now she’s failing chemistry.

When a stray dog lands literally at her feet, bleeding and broken on a busy road, it seems like the Universe has it in for Colby. But the incident also knocks a chink in the walls she’s built around her heart. Against her better judgment, she decides to care for the dog. But new connections mean new opportunities for heartbreak.

Terrified of another loss, Colby bolts at the first sign of trouble, managing to alienate her best friend, her father, the cute girl pursing her, and even her dog’s vet, who’s taken Colby under her wing. Colby can’t start over, but can she learn how to move on?