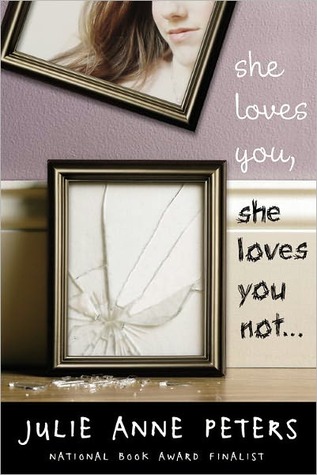 Alyssa’s dad discovers her with her girlfriend and kicks her out. As she goes to live with her biological mother, with whom she has no relationship, she struggles to start over.

Seventeen-year-old Alyssa thought she knew who she was. She had her family and her best friends and, most important, she had Sarah. Sarah, her girlfriend, with whom she dreamed with about the day they could move far away and live out and proud and accepted for themselves, instead of having to hide their relationship.

Alyssa never thought she would have to make that move by herself, but disowned by her father and cut off from everyone she loves, she is forced to move hundreds of miles away to live with Carly, the biological mother she barely knows, in a town where everyone immediately dismisses her as “Carly’s girl.” As Alyssa struggles to forget her past and come to terms with her future, will she be able to build a new life for herself and believe in love again? Or will she be forced to relive the mistakes that have cost her everything and everyone she cared about?

National Book Award finalist Julie Anne Peters has written a compelling novel about coming out, finding love, and discovering your place in the world. Alyssa’s story will speak to anyone who has known the joy and pain of first love and the struggle to start over again.