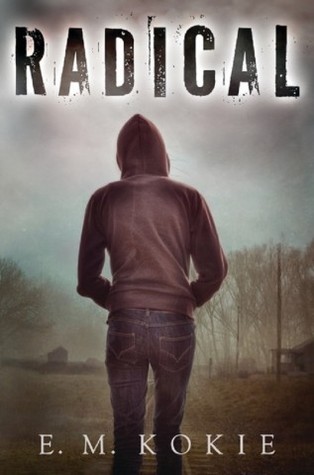 Bex is a butch teenager firmly convinced that the world will devolve into chaos soon. She is active with local preppers and survivalists, preparing for the end of the world and stocking up on guns. She balances her family’s poverty, her new girlfriend and secrets among her new community.

Determined to survive the crisis she’s sure is imminent, Bex is at a loss when her world collapses in the one way she hasn’t planned for.

Preppers. Survivalists. Bex prefers to think of herself as a realist who plans to survive, but regardless of labels, they’re all sure of the same thing: a crisis is coming. And when it does, Bex will be ready. She’s planned exactly what to pack, she knows how to handle a gun, and she’ll drag her family to safety by force if necessary. When her older brother discovers Clearview, a group that takes survival just as seriously as she does, Bex is intrigued. While outsiders might think they’re a delusional doomsday group, she knows there’s nothing crazy about being prepared. But Bex isn’t prepared for Lucy, who is soft and beautiful and hates guns. As her brother’s involvement with some of the members of Clearview grows increasingly alarming and all the pieces of Bex’s life become more difficult to juggle, Bex has to figure out where her loyalties really lie.