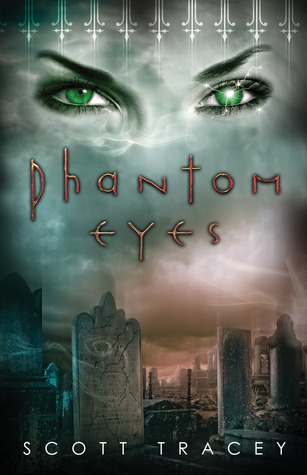 In the third installment in Scott Tracey’s Witch Eyes series, Braden must end the feud in the witch world once and for all.

After Grace Lansing ripped out the power of his witch eyes, Braden is left broken. His beloved Uncle John is dead, his body is being hijacked like a puppet, and everyone—from ghosts to demons to warlocks—seems to have Braden’s death on their to-do lists. Torn between fleeing to safety and making a stand to regain his power, Braden searches for answers about the witch feud’s origins.

But when Grace sets her ancient plan in motion, Braden is determined to reclaim his birthright. As key players converge on the deep wellsprings of magical energy hidden in town, one thing becomes clear: whoever controls the magic will control Belle Dam. Braden’s only hope is to become the weapon he never wanted to be, but could unleash the monster that lurks inside him.