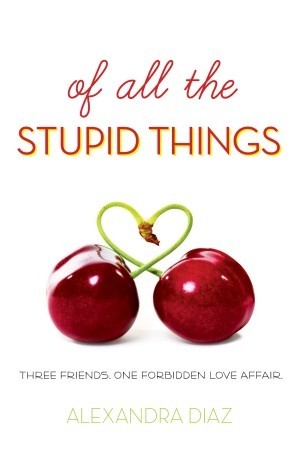 Narrated by three different high school girls as their lifelong friendship is challenged by changes in all of their lives. Already questioning her relationship with boyfriend Brent after he is rumored to be sleeping with a male cheerleader, Tara falls for a new girl Riley and starts questioning her own sexuality.

When a rumor starts circulating that Tara’s boyfriend has been with one of the guy cheerleaders, the innuendo doesn’t just hurt Tara. It marks the beginning of the end for three lifelong friends.

Tara’s training for a marathon, but also running from her fear of abandonment from her father.

Whitney Blaire seems to have everything, but an empty mansion and absentee parents leave her looking for her own value in the wrong places.

And Pinkie has a compulsive need to mother everyone to make up for the mama she’s never stopped missing.

Then the new girl arrives in school and Tara starts to feel things she’s never felt for before for a girl. Can the girls’ friendship survive when all the rules have changed?