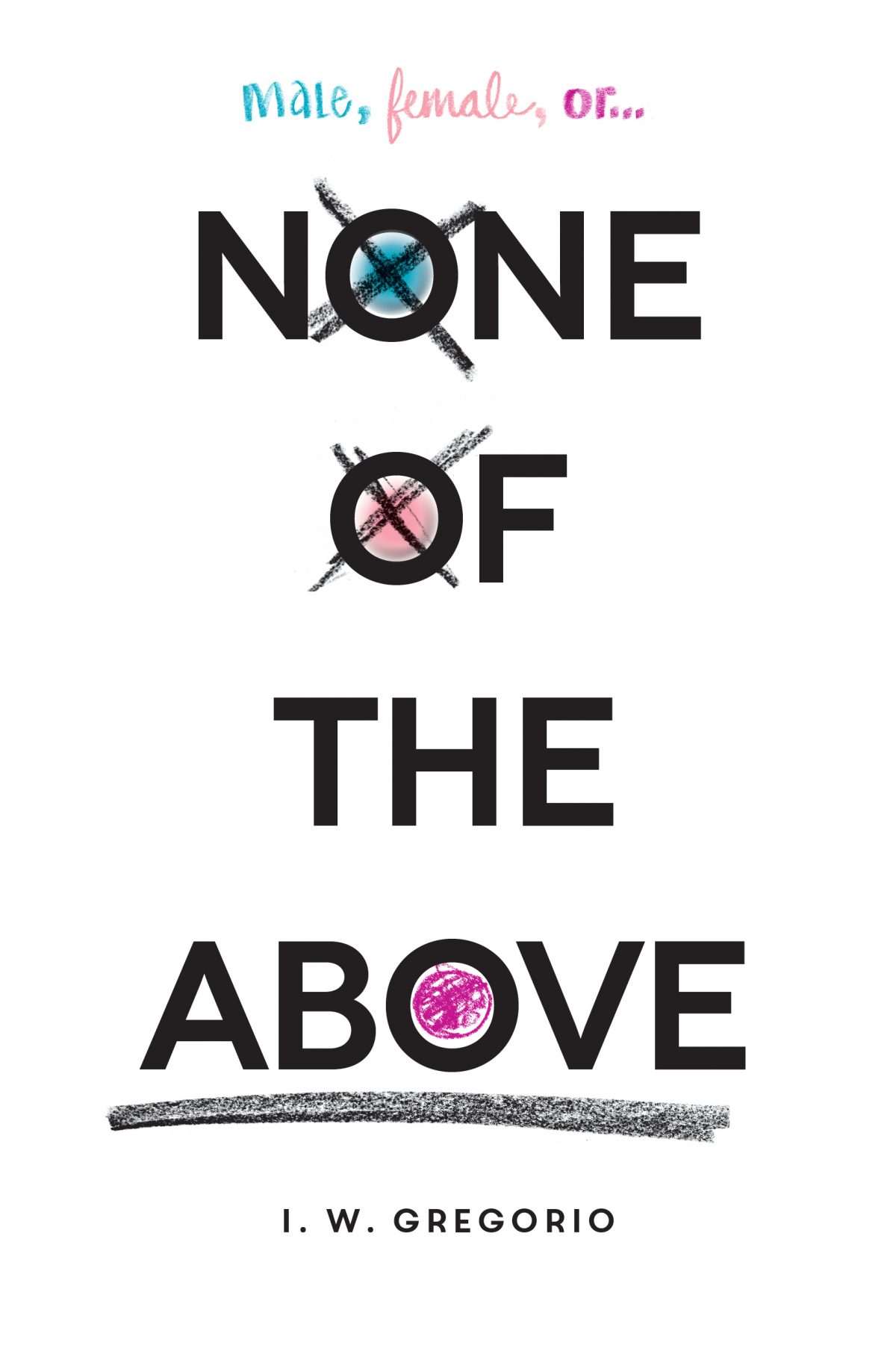 One of the first YA books with a main character who is intersex, this novel follows Kristin, your prototypical “All-American” teenager girl who finds out she is intersex. Dealt with in a pretty typical fashion, Kristin has a hard time accepting her diagnosis, especially when the whole school finds out. Written by a doctor this book does a good job explaining the medical nuances of what it means to be intersex but is less successful in its treatment of Kristin’s emotional journey.

Read a review of this title from YA Pride

“A groundbreaking story about a teenage girl who discovers she was born intersex… and what happens when her secret is revealed to the entire school. Incredibly compelling and sensitively told, None of the Above is a thought-provoking novel that explores what it means to be a boy, a girl, or something in between.

What if everything you knew about yourself changed in an instant?

When Kristin Lattimer is voted homecoming queen, it seems like another piece of her ideal life has fallen into place. She’s a champion hurdler with a full scholarship to college and she’s madly in love with her boyfriend. In fact, she’s decided that she’s ready to take things to the next level with him.

But Kristin’s first time isn’t the perfect moment she’s planned—something is very wrong. A visit to the doctor reveals the truth: Kristin is intersex, which means that though she outwardly looks like a girl, she has male chromosomes, not to mention boy “parts.”

Dealing with her body is difficult enough, but when her diagnosis is leaked to the whole school, Kristin’s entire identity is thrown into question. As her world unravels, can she come to terms with her new self?”