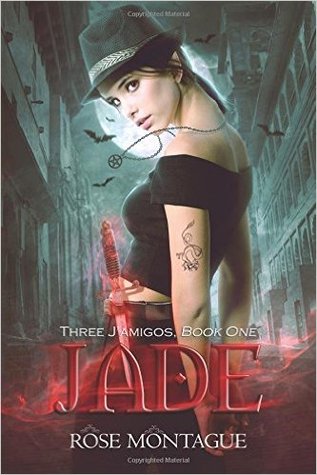 Jade is a detective with a chaotic mixture of magical ancestry who partners with the Winter Queen of Fairy to on a quest to solve why vampires are killing humans.

Meet Jade Smith, a magical mutt with a mission. A detective partnered with a shifter named Rolfe, she’s on the case to solve a slew of murders: Vamps are killing humans, and nobody knows why. When London Jane, the most powerful vamp in town, is implicated in the murders, Jade knows something isn’t right. Together with Jill, the Winter Queen of Faerie, Jade and Jane take their investigation underground. On the run, with nowhere to hide, they uncover a secret that could destroy Faerie, as well as the human realm. Will Jade stop the killer in time? Or will she be the next victim? Magic, mayhem, and mystery abound, and the odds are stacked against them; it’s three against three hundred.