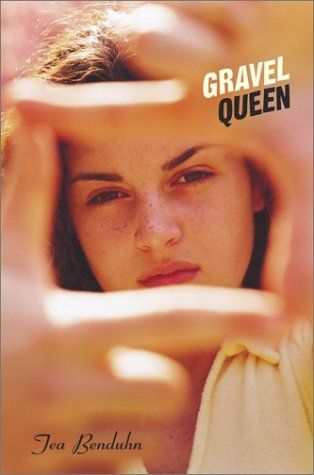 In this short book, Aurin realizes she is attracted to a new girl as she navigates coming to terms with her sexuality and her relationships with her life-long friends, one of whom is also gay.

“Whatcha’ lookin’ at, Aurin? I thought you weren’t interested in those guys,” Kenney says.”I’m not,” I say.

There is a carefully constructed balance between Aurin and her friends Kenney and Fred. Kenney is usually the one who comes up with things to do — her flair for the dramatic can make even boring old Greensboro seem interesting. And if she is a little controlling, Aurin and Fred just look the other way.

Aurin has no intention of throwing off their established equilibrium. But when Neila joins their circle, Aurin realizes that she and Neila are becoming more than friends. Aurin and Neila are happy in their developing relationship, but Kenney feels left out. Can Aurin manage to mend things with an increasingly possessive Kenney, without letting her control this aspect of her life?

In this stunning debut novel, Tea Benduhn looks at a teen making decisions about her future while trying not to lose her past.