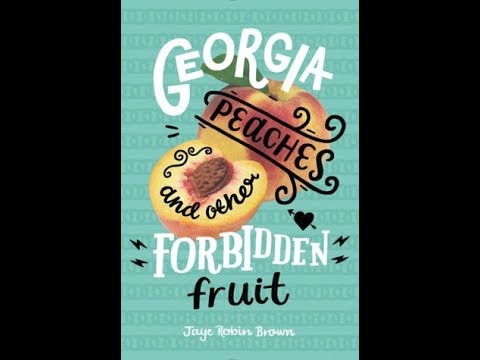 Jo is the daughter of a prominent radio evangelist, but has long been out and proud. When they move to Georgia with his new wife, Jo’s dad asks her to stay in the closet for her senior year. She finds herself enjoying easy popularity until she meets Mary Carlson.

Joanna Gordon has been out and proud for years, but when her popular radio evangelist father remarries and decides to move all three of them from Atlanta to the more conservative Rome, Georgia, he asks Jo to do the impossible: to lie low for the rest of her senior year. And Jo reluctantly agrees.

Although it is (mostly) much easier for Jo to fit in as a straight girl, things get complicated when she meets Mary Carlson, the oh-so-tempting sister of her new friend at school. But Jo couldn’t possibly think of breaking her promise to her dad. Even if she’s starting to fall for the girl. Even if there’s a chance Mary Carlson might be interested in her, too. Right?