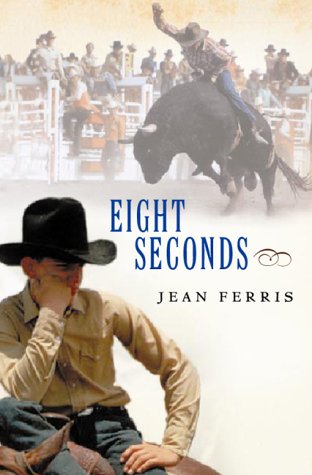 John’s father sends him to a five day rodeo camp, where John discovers his love for bull riding and forms a close friendship with Kit, another camper. When he returns home, he learns that Kit is openly gay on his college campus. At first, John lashes out at Kit, but he eventually comes to accept his own sexuality.

Each ride on the bucking bull is a lesson in pain. Each landing on the packed dirt is a jarring reminder of reality. Rodeo camp is a tough way to spend a summer, but John is having the time of his life. No clingy girlfriends, no nagging moms, no annoying sisters. Just him and the guys and the biggest bulls he’s ever seen. All he has to do is stay on a bull for eight seconds. It may feel like an eternity to his aching body, but for once John feels in control of his own fate. Then he learns his new rodeo buddy Kit is gay. Shaken by the news, he tries to deal with the other guys’ reactions and his own self-doubts.
Suddenly, riding a bull seems easy. . . .