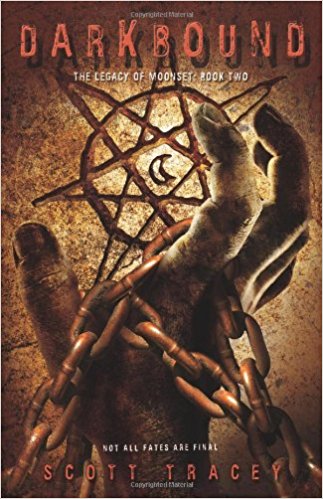 Mal and his siblings are members of the notorious Moonset coven. He longs to break his bond with the coven, and when a dark prince comes to town, he thinks he has found the perfect opportunity to do just that. However, as time goes on, he begins to question his feelings towards his magic and his siblings and must choose between freedom and responsibility.

Malcolm has seven days to unravel a twenty year old mystery, find a body, capture a killer and keep a demon at arm’s length.

No one hates being a witch quite like Malcolm. But if there’s one thing worse than being a witch, it’s being a Moonset witch. There are very few things in his life that he can control, and after a fight with his siblings, he’s losing his grip on what he’s got left.

A creature as old as Hamelin has crept out of the Abyss, and its siren song has infected the teenagers of Carrow Mill compelling them, at first, to simply be swept away in love. But love soon turns dangerous, as passion turns to violence and an army of sociopaths is born.

The Pied Piper isn’t just a story, and he’s got his eyes set on Malcolm, promising a life of freedom from magic and the shackles of the Moonset bond. As Carrow Mill burns, Malcolm must make the hardest choice of his life: family? Or freedom?