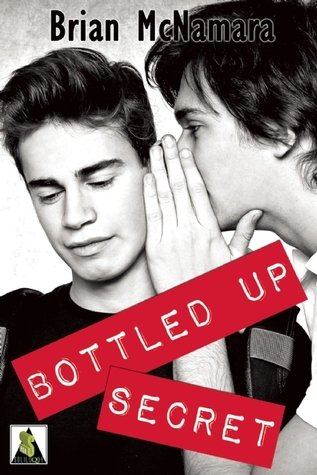 Brendan meets and falls for Mark Galovic, a younger classmate of his. Mark isn’t out, so when they start to date, it has to be a secret. Brendan becomes increasingly frustrated with not being able to be open, while Mark becomes more paranoid that someone’s going to find out.

Brendan Madden is in the midst of his senior year of high school and couldn’t be happier. He has a great group of friends, his pick of colleges, and he has recently come to terms with his sexuality. One night, he meets Mark Galovic, a gorgeous, younger classmate of his. In a matter of minutes, Brendan is hooked. As the friendship between them grows, Brendan reaches his breaking point when he spontaneously confesses his feelings to him. Brendan is shocked and elated to find out that Mark feels the same way about him. The two begin to date, but because Mark is not out, it must remain a secret. As their friends and family become suspicious, openly gay Brendan becomes increasingly frustrated with their discreet relationship, while Mark becomes more and more paranoid that they’re going to be found out.