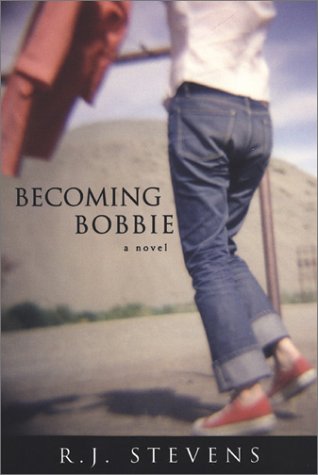 The coming of age story of Bobbie, who loves cars, music, and her simple and pleasant relationship with her mechanic dad. She’s used to being the new kid, but this school is different as she falls for her English teacher, Agatha Claraday.

A stunning debut novel centering around one young woman’s quest for love and self-discovery, Becoming Bobbie is a poignant coming-of-age story featuring a unique narrative voice. This is my story, but I’m not much of a storyteller…the memories just seem to get jumbled up. It’s a funny thing about memories…you bury them. You bury them so deep that you think you’ve forgotten them. But you haven’t. Sometime, somewhere, something happens to trigger them… Growing up as a bona fide tomboy in the shadow of her fashionable, ladylike mother, Bobbie lives for three things: cars, music, and time with her uncomplicated, mechanic dad. She doesn’t need much in the way of friends. Her best girlfriends are on the radio–women with names like Aretha, Janis, and Diana. And she loves the cool logic of working on engines–the simple joy of finding the part that doesn’t work, of fixing what’s broken. But what’s broken beneath the shiny fade of her family is something beyond Bobbie’s control, a shattering secret that tears her family apart and sends Bobbie into a spiral of anger and defiance that she finds echoed only in the electric pain of rock ‘n’ roll. Moving from school to school as a Professional New Kid and all-around loner, Bobbie wonders if she’ll ever fit in anywhere, especially as uncomfortable new feelings begin to surface. Shunned by her peers, abandoned by her disapproving mother, Bobbie finds herself drawn to her sympathetic English teacher, Agatha Claraday. It is her undeniable attraction to the lovely, enigmatic Agatha that changes everything and starts Bobbie on a life-altering odyssey of self-discovery-from the Dark Side of the Moon to My Little Secret and beyond on a redemptive search for love, for a place in the world, and for a space within that feels like home…where becoming Bobbie means everything about being herself.