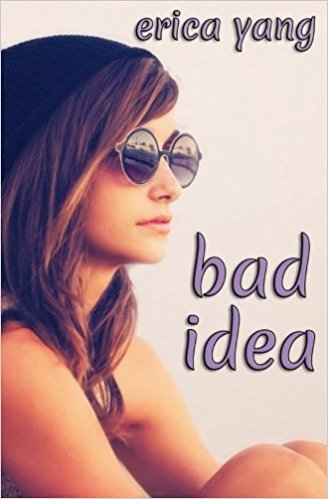 Told from 5 alternating points of view. Riva’s boyfriend is pushing her to kiss a girl in front of him – but then she realizes she actually likes the girl. Daisy is coming out as a Lesbian/Queer and has had a crush on Riva for years.

Riva Corley needs a girlfriend. Not because she wants one, but because her boyfriend, Benton, is pushing her to kiss a girl in front of him. Afraid of losing Benton, Riva agrees to try, but she never expects to find a girl she actually likes and wants to kiss for her own reasons.

Daisy Mejia has stayed closeted for all of high school so far — it seems pointless to come out for a kiss that’s destined to go nowhere. Daisy also has no desire to put on a show for Riva’s boyfriend. But she’s had a crush on Riva Corley forever, and Daisy can’t pass up this chance.

Before long, what starts out as a bad idea begins to look more like a relationship. Soon, Daisy must decide how much trouble she’ll put up with, and Riva has to figure out what it means when she’s falling for another girl.