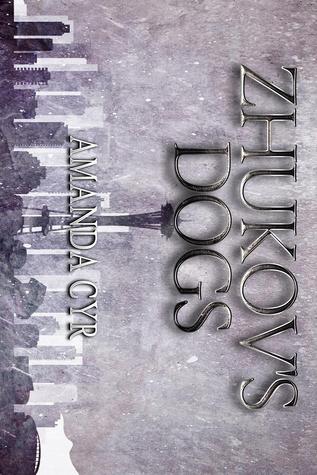 Nik is a spy for the Council and is treated no better than a dog. When he’s sent to infiltrate an underground city, he meets rebel leader Val, and as he worms his way into the lives of the rebels, he worries for the first time he’s starting to feel normal.

Lieutenant Colonel Nik Zhukov is just like any other desensitized seventeen-year-old living in the year 2076. At least he likes to think he is when he isn’t busy eliminating threats to national security, breaking up terrorist organizations, and trying not to get blown up. It’s all in a normal day’s work for one of the military’s top dogs, and he’s never disappointed. Never failed. Never lost sight of his dream of making it to the elite force, even as each new job forces him to see just how morally corrupt his leaders are.

On the verge of promotion, Nik is dispatched to the underground city beneath the icy Seattle tundra, his final mission handed down directly from The Council. It should have been a simple in-and-out, but the underground is full of dark secrets and he soon finds himself swept into battles, lying to his best friend back east, and growing a bit too close to the rebels he was sent to spy on.

Nik realizes too late that he’s broken the number one rule within his ranks; he’s allowed himself to feel normal for the first time in his life. He might be able to turn the job around, become the soldier he was once was, except for his growing attachment to the rebel leader. A guy. Yet another first for Nik. It’s a mistake he pays for dearly when he learns The Council’s true intentions for the city.

It’s never ‘just harmless fun’ when you’re a government dog, not when The Council holds the leash. Nik knows there are some lines you can never come back from crossing, and he’s forced to choose whose rules to play by. He races toward the invisible divide, aware he’ll be called traitor by both his nation and by his friends. Aware that even the right choice can be deadly to make.

Sexual and Romantic Orientation:
Nik is bisexual and biromantic.