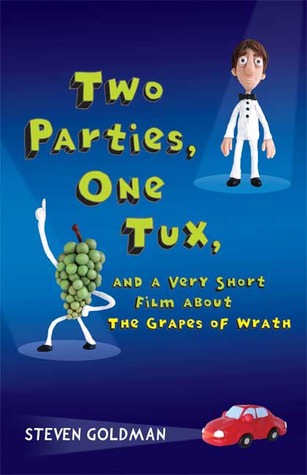 Mitchell really only has one friend, and when David tells him he’s gay, they decide to set themselves up with prom dates. Then one of the most popular girls in school asks Mitchell out. He has to make it to prom, if he can survive.

Mitchell Wells may not survive eleventh grade. He really only has one friend, his best friend, David. His normally decent grade point average is in limbo due to a slightly violent, somewhat inappropriate Claymation film. And girls . . . well, does hanging out with his sister count? When David tells Mitchell he’s gay, Mitchell’s okay with it-but it still seems to change things. Since David’s not out to anyone else, the guys agree to be set up with prom dates. But then one of the most popular girls in school decides she must date Mitchell, and he goes from zero to two girlfriends in sixty seconds. From his pending English grade to his floundering friendship to his love life (the one thing that’s taken a bizarre turn for the better), Mitchell is so confused, he’ll be lucky if he lasts another week in high school. And then there’s the prom . . .

Race/Ethnicity:
Both David and Mitchell are white.