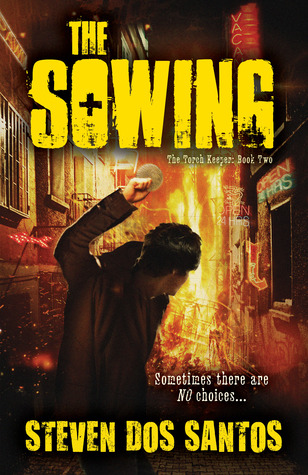 After his lover is murdered and his brother is imprisoned, Lucky is determined to take down The Establishment, the brutal government of his dystopian world. But when he is caught attempting to assassinate a prominent member of the Establishment, he is thrust into a situation where he must depend on others to save his life.

This time, there are no choices. Lucian “Lucky” Spark leads a double life. By day, he trains to become one of the Establishment elite. At night, he sabotages his oppressors from within, seeking to avenge the murder of his love, Digory Tycho, and rescue his imprisoned brother. But when he embarks on a risky plot to assassinate members of the Establishment hierarchy, Lucky is thrust into the war between the Establishment and the rebellion, where the lines between friend and foe are blurred beyond recognition. His only chance for survival lies in facing the secrets of the Sowing, a mystery rooted in the ashes of the apocalyptic past that threatens to destroy Lucky’s last hope for the future.