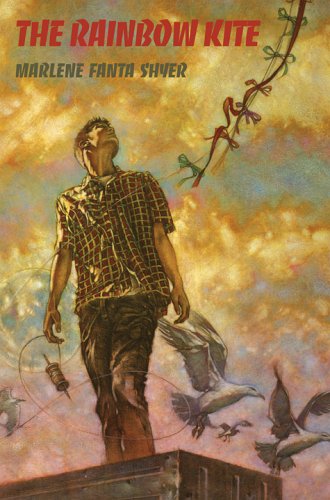 Told from the perspective of his younger brother, Matthew, this is the story of Bennett, a gay fifteen-year-old who is frequently bullied. Bennett’s response is to become more and more withdrawn and depressed. But by the end of the book, he has begun his journey towards self-acceptance, thanks to his brother, a Lesbian couple who lives on his street, and some supportive friends.

We hear that it’s okay to be different, but how okay is it if others equate being different with being peculiar? How really okay is it if being different means being miserable? Fifteen-year-old Bennett is facing the harsh reality of a world that doesn’t practice what it preaches. Acknowledging his homosexuality — both to himself and his family — he strives to fit in, mostly by opting out! As seen through the eyes of his little brother, Bennett’s increasing isolation, his withdrawal from sports and the stamp club and eventually even from speaking, proves one thing. Bennett has failed to recognize how much he is accepted and loved for simply being Bennett. Though hard-hitting and sometimes disturbing, the book is relieved by the tongue-in-cheek observations of Matthew, a likable and perceptive sixth-grader. Always thought-provoking, it is a remarkable achievement, bringing out into the open a topic once consigned to the closet.