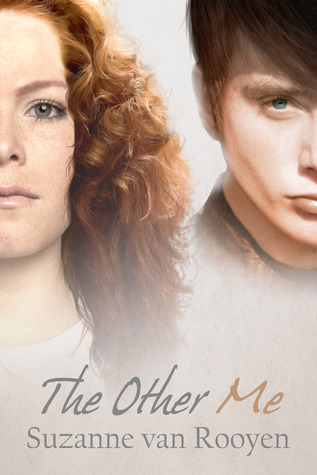 Treasa is a South African teen who feels like an alien in her own body. When she meets Gabriel, she learns exactly why. Every part of her wishes she was a boy.

Fifteen-year-old Treasa Prescott thinks she’s an alien. She doesn’t fit in with the preppy South African private school crowd and feels claustrophobic in her own skin. Treasa is worried she might spend life as a social pariah when she meets Gabriel du Preez. Gabriel plays the piano better than Beethoven, has a black belt in karate, and would look good wearing a garbage bag. Treasa thinks he’s perfect. It might even be love, as long as Gabriel doesn’t find out she’s a freak.

As Treasa spends time with Gabriel, she realizes she might not love him as much as she wants to be him, and that the reason she feels uncomfortable in her skin might have less to do with extra-terrestrial origins and more to do with being born in the wrong body.

But Gabriel is not the perfect boy Treasa imagines. He harbors dark secrets and self-destructive tendencies. Still, Treasa might be able to accept Gabriel’s baggage if he can accept who she longs to be.