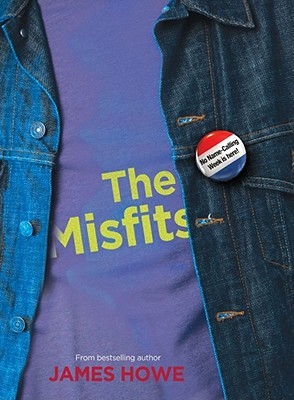 Five friends are misfits and weirdos in their school, but when Addie refuses to say the Pledge of Allegiance, they start a rebellious ride that could change their lives.

What do a 12-year-old student who moonlights as a tie salesman, a tall, outspoken girl, a gay middle schooler and a kid branded as a hooligan have in common? Best friends for years, they’ve all been the target of cruel name-calling and now that they’re in seventh grade, they’re not about to take it any more. Howe focuses on the quietest of the bunch, overweight Bobby Goodspeed (the tie salesman), showing how he evolves from nerd to hero when he starts speaking his mind. Addie (the outspoken girl) decides that the four of them should run against more popular peers in the upcoming student council election. But her lofty ideals and rabble-rousing speeches make the wrong kind of waves, offending fellow classmates, teachers and the principal. It is not until softer-spoken Bobby says what’s in his heart about nicknames and taunts that people begin to listen and take notice.