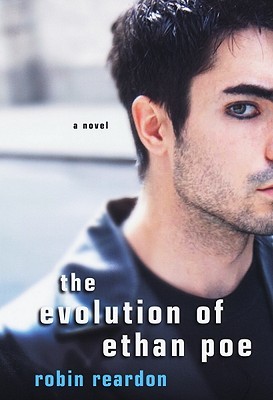 Against his will, Ethan Poe is thrust into a debate about whether intelligent design should be taught in schools. At the same time, he begins a relationship with a boy and experiments with a goth identity. In addition, his parents divorce and his brother’s behavior becomes increasingly erratic.

In the space of a few months, sixteen-year-old Ethan Poe’s life has become a complicated mix of facts, theories, and hypotheses. Things he knows beyond doubt: his parents are divorcing, his older brother Kyle is exhibiting alarming behavior, and his best friend is turning into a spiritual fanatic. Then there are the shifting uncertainties, including his feelings toward his father and his desire to both blend in and stand out in his rural Maine hometown. Most pressing of all, there’s his attraction to Max Modine, a boy he wants to know much better than he does.

Despite Ethan’s initial reluctance, he gets pulled into a heated and sometimes violent conflict about whether to introduce Intelligent Design into science classrooms. Family and friends are turning against each other, school is a battleground, and Ethan will have to take a stand. Because some facts are irrefutable and some bonds unbreakable, even when they can’t be seen.

And once Ethan finds the courage to become who he was meant to be, the outcome could be absolutely extraordinary…