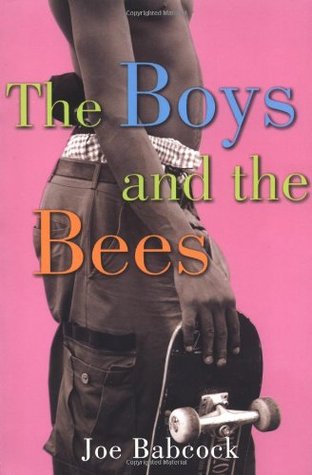 A love triangle between James, Andy, and Mark take place in sixth grade Catholic school. Love seems hopeless to the three of them, and the more they try to be together, the more likely it is that some doors will open.

James loves Andy but Andy loves Mark, a situation complicated further by the fact that this love triangle unfolds secretly in sixth-grade Catholic School. No one at Saint Marks is aware that Andy, a budding comic book writer, is obsessed with Mark, the captain of the school’s basketball team. To Andy, falling in love with a straight boy seems as hopeless as his own unlikely quest to join the team and become a star basketball player alongside the object of his affections. However, all is not lost. Mark is on the outs with his girlfriend, whom all the boys are crazy about. All except James, Andy’s childhood pal. Only now Andy wants desperately to lose James, whose more obvious sexuality threatens to open the closet door on Andy.

Note: The official description of this book uses a slur to describe James. We have edited it out of this entry.

Trigger Warnings:
Heavy use of the F slur.