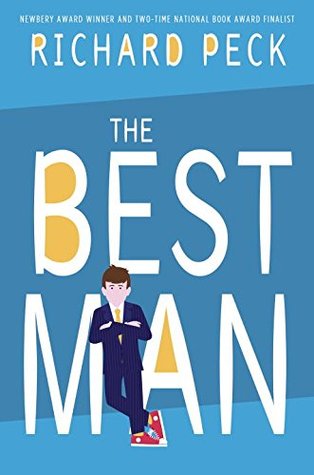 Archer watches his family prepare for his uncle’s wedding to another man. He’s in sixth grade, and he’s starting to learn a lot of things he thought (like his mom’s job, and his sister’s college visits) aren’t what they seem. He learns a lot about his family and what it takes to be his best self.

Archer Magill has spent a lively five years of grade school with one eye out in search of grown-up role models. Three of the best are his grandpa, the great architect; his dad, the great vintage car customizer,; and his uncle Paul, who is just plain great. These are the three he wants to be. Along the way he finds a fourth—Mr. McLeod, a teacher. In fact, the first male teacher in the history of the school.

But now here comes middle school and puberty. Change. Archer wonders how much change has to happen before his voice does. He doesn’t see too far ahead, so every day or so a startling revelation breaks over him. Then a really big one when he’s the best man at the wedding of two of his role models. But that gets ahead of the story.